The University of Alaska Fairbanks Cyber Security Club is a fun and fast-paced student organization dedicated to learning about and teaching Cyber Security concepts. We annually compete in the Collegiate Cyber Defense Competition and have won the regional At-Large event 4 times since 2014. In addition to this event, we compete in Capture the Flag events such as CSAW and frequently host our own CTF’s for members to get practice competing in. Come join our discord server to stay up to date on CSC meetings and happenings: https://discord.gg/PhPDzNX.

Our dedicated officers this year are: 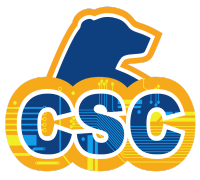 Matt Perry is an MS/BS student focusing on Security, Robotics, DevOps, and Data Science. This is his 3rd year with the club and 2nd as an officer. Matt has filled the role of both a Windows and Linux focused member on Regional CCDC teams. Outside the CSC club, he participates in the NASA Lunabotics Robot Mining Club. Enjoys 3D printing, raspberry pi hacking, and the occasional video game.

"What I believe is that all clear-minded people should remain two things throughout their lifetimes: Curious and teachable." -Roger Ebert

Nathan is an A.A.S. student in at the UAF CTC in his last year of his associates networking/security program. Because he is an IT student he has a different focus than the other officers as he is more focused on IT infrastructure and networking instead of software development. In his spare time he hacks in his homelab focusing on networking mostly, but also sharpens his windows and linux skills often. Outside of that he enjoys 3D printing, video games, and camping.

Bradley Morton is a Statistics Masters student, having gotten Bachelors degrees in Mathematics and Computer Science. This is his fourth year in the club and his second as an officer. Bradley has interests in Security, Data Science, and Machine Learning. He enjoys working with computer networking and will tell you alll about how Linux is superior to Windows.

Dylan is a Computer Science student, currently working in the BS/MS program at UAF. This is his second year in the Cyber Security Club, where he focuses primarily on Linux Security and obscure distros. In his life outside of computer science/security, Dylan enjoys film photography, playing guitar, and PC gaming.